Playing Blu-ray movies on Mac is not as easy as on a Windows PC, because there is no Blu-ray playing software developed for Mac like the Cyberlink PowerDVD designed for Windows. As we all know, Blu-ray discs storage movie files in the form of M2TS streams, and VLC Media Player for Mac is able to play such a kind of file type, that is to say, to play Blu-ray movies with VLC Media Player for Mac, you just need remove copy protections embedded in the commercial BD movies. With Pavtube Blu-ray Ripper for Mac, you can easily achieve this goal. It can not only decrypt BD encryptions, but also convert the Blu-ray M2TS files into a wide range of media formats, like MKV(play Blu-ray MKV in VLC with selected audio and subtitles track), MOV, WMV, AVI, etc. to fit your different uses. The following guide will elaborate the steps of how to use the Mac Bluray ripper to play Blu-ray movies with VLC Media Player for Mac/play Blu-ray .m2ts streams in Mac VLC.

Step-by-step instruction:
How to play Blu-ray movies with VLC Media Player for Mac?

If you are running a Windows PC, please refer to watch Blu-ray movie via VLC on Windows PC.

Step 2: Remove Blu-ray copy protections
There are two ways to get unprotected M2TS files.
Solution 1: Using “Directly Copy” to get m2ts files.
Click on the dropdown menu of “Format”, and then follow “Copy”> “Directly Copy”. 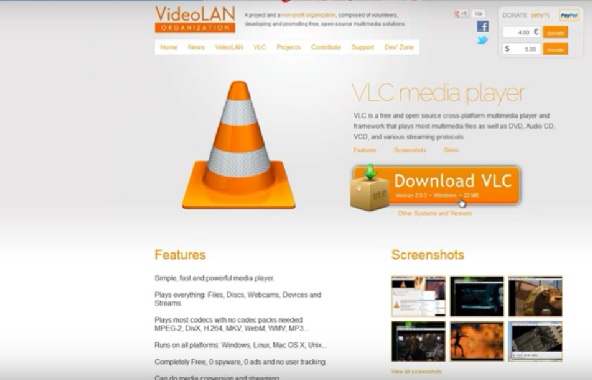 By the way, if you have quite a slower Mac, VLC player may not play the m2ts smoothly, in that case, we suggest you to convert Blu-ray to other video format that is supported well by VLC player. Just click on the pull down menu of “Format” to select a suitable format from the multiple output format presets.

When the copying task is finished by Pavtube Blu-ray to VLC Converter for Mac, you can click “Open” button at the bottom of the main interface to get the ripped output Blu-ray files with ease. Now just open the ripped BD files with VLC Media Player for enjoyment.