from the album Rapper Gone Bad 路Lyrics Terms of Use

[ VERSE 1 ]
I'm a young gifted and black mack, rap sweet like candy yams
And I make you put your fist up to your mouth and say, 'Goddamn!'
Boy, I got heat, flame-o, pull a mic, liquid draino
Verbal volcano, they love me, cause they know
I'm cut from the cloth that real men are made of
Bitches get sprayed up with clips of this Bay love
Attackin you with vernacular, dialect and lingo
The Rapper Gone Bad, boy, peep the first single
Bounce and shake what your mammy gave you
It's the drapers, can you feel it? Nothin can save you
>From the dapper rapper who stay fitted like a mannequin
Hoes see me in the traffic and say, 'Girl, there go that man again'
I'm fabulicious, game nutricious
Break bitches like dishes and drink like them fishes
Boy, put some of that yukon jack in the bag
And come fuck with yo partner, the rapper gone bad
(Rapper gone bad)
(Ra-ra-ra-ra-rap)
(Baaad)
[ VERSE 2 ]
I'm a old schooler like Grandmaster and the 5 that was Furious
Bitches goin delirious even though it ain't that serious
You're curious? Well, listen to these lyricals
Them suckers tryin to knock this, it's gonna take a miracle
I'm seasoned with the game that o.g.'s told me
Got laced like Luke did by Obi Won Kenobi
Or Yoda, hold a, mic in my right hand
And when I'm sleep you know I keep a fat strap in my nightstand
I strike men, my height, man, is l-o-double d
I see us after the show at the hotel Double Tree
Cool, calm and collected, but sometimes I get mean
Cause suckers sick of the scene like they Jack and i'm the Green
Giant, defiant, bitches get dealt with quick
Can't be on this ball team unless you wanna help get grits
Let's get rich, is what I tell em, sell em dreams like horoscopes
They try to fight the feeling, but it's hard to ignore your folks
Mac D with the r connected to the e (me)
Might be at the bar drinkin Hennessy
In between the sheets I'm a freak and a cold piece of work
My puddy over her body like Johnny, Keith and Levert
(Rapper gone bad)
(Ra-ra-ra-ra-rap)
(Baaad)
[ VERSE 3 ]
A thug like 2pac, wanna mack like Too $hort
Smoke punks like Newports, get drunk off 2 quarts
Bendin corners in somethin ninety-new
Lookin real ragoon on my way to see Chuey
Boy, I'm on the air gettin heavy rotation
But I'm still a player with a Chevy on Daytons
I'm hi-po, and the five-o really can't stand me
Got posse, Flowmasters and Shift, King and Tranny
Chirpin every time I shift gears
In that '95 Impala with them gold-dipped gears
Put some of that 151 in the bag
Come fuck with yo partner, the rapper gone bad
(Rapper gone bad)
(Ra-ra-ra-ra-rap)
(Baaad)

About File Formats. MP3 is a digital audio format without digital rights management (DRM) technology. Because our MP3s have no DRM, you can play it on any device that supports MP3, even on your iPod! Andre Louis Hicks (July 5, 1970 – November 1, 2004), better known by his stage name Mac Dre, was an American rapper, hip hop pioneer, and record producer based in Vallejo, California. He was instrumental in the emergence of hyphy, a cultural movement in the.

Andre Louis Hicks (July 5, 1970 – November 1, 2004), better known by his stage nameMac Dre, was an American rapper, hip hoppioneer, and record producer based in Vallejo, California.[1][2] He was instrumental in the emergence of hyphy, a cultural movement in the Bay Areahip hop scene that emerged in the early 2000s.[3] Hicks is considered one of the movement's key pioneers that fueled its popularity into mainstream, releasing songs with fast-paced rhymes and basslines that inspired a new style of dance.[3] As the founder of the independent record label Thizz Entertainment, Hicks recorded dozens of albums and gave aspiring rappers an outlet to release albums locally.[4]

In 2004, Hicks was killed by an unknown assailant after a performance in Kansas City, Missouri,[5] a case that remains unsolved.[6]

Andre Louis Hicks was born in Oakland, California on July 5, 1970 and moved to Vallejo area. He would frequent specifically, Country Club Crest neighborhood, known locally as The Crest. In 1989, the outgoing Hicks made waves with a cassette tape featuring the single, 'Too Hard for the F---in' Radio' while still a student at Vallejo's Hogan High School. NPR reflected on his sound in 2013 article as being 'fast and confident' further writing that 'he built upon the bouncy bass that had its roots in the funk era.'[7] When asked about his childhood, Hicks stated that 'Situations came out for the better most of them, I went through the little trials and the shit that I went through.'[8] Hicks first adopted the stage name MC Dre in 1984, but altered it to Mac Dre the following year because he considered the name sounded 'too East Coast-ish'.[9] Hicks recorded his first three EPs as Mac Dre between 1988 and 1992.[1]

In the early 1990s, the city of Vallejo experienced a surge in bank robberies. Vallejo police began to focus on the Crest Neighborhood as the source with new found intensity. Hicks was vocal about the actions he saw being taken by the police and incorporated their aggressive surveillance of residents into his music. As gangster rap music consistently grew in popularity, law enforcement officials began to examine the lyrics of local rappers to utilize as evidence in criminal matters.[10]

On March 26, 1992, at age 21, Hicks was invited by some of his friends to a road trip roughly 3 hours away to Fresno. Hicks had performed in the city two weeks prior and decided to go on the trip so that he could re-visit with a girl. While driving back to Vallejo the car was surrounded by the FBI along with Fresno and Vallejo police. The police stated that while Hicks was at a motel, his friends were allegedly casing a bank but had changed their mind when they saw a local Fresno TV News van in the bank's parking lot.[11]When questioned by the police, Hicks stated that he did not leave the hotel therefore did not know anything. The police subsequently charged him with conspiracy to commit robbery, although no bank robbery was conducted and Hicks was neither with his friends nor near the location of the purported bank.[12]He was sentenced to five years in federal prison after he refused a deal which included implicating his friends in a robbery that did not occur. The trial was later listed among Complex Magazine's 30 Biggest Criminal Trials in Rap History.[13] At the time of his conviction, Hicks owned the record label Romp Productions.[1] Hicks was released a year early from prison for good behavior on August 2, 1996, after serving four years.[1] It was during his time in prison, that Hicks developed a 'better appreciation for freedom, life, fun.'[14]

After his release, Hicks wanted to start doing music that was easy to dance to. He and long time friend and fellow rapper, Troy Reddick a/k/a Da'unda'Dogg decided try to do something different. The duo recorded several songs to pitch for the first time, to major record labels. One song in particular, was sent to various West Coast based representatives of the well known Oakland rapper, Too Short for an upcoming compilation, Nationwide: Independence Day but was not selected and it is unknown if the song ever made it to Too Short. In 2019, Grammy winning Atlanta rapper and multi-platinum producer, Lil Jon, with the blessing of Hicks's mother (Hicks was murdered in 2004), would incorporate the same vocals in the single 'Ain't No Tellin' and release thru Geffen Records.[15] Ironically, Lil Jon's 1998 debut to the Bay Area was thru a song on the same Too Short compilation. Reddick, in a statement to Complex Magazine stated 'Of all the vocals Jon got, he picked some from the record Dre wrote to be released by a major label, and 23 years later Lil Jon has completed his goal!' [15]

Hicks continued to release multiple albums independently until his untimely death in 2004 that were wildly popular. In 1998, Hicks relocated to Sacramento to distance himself from the stigma that developed in the eyes of Vallejo law enforcement and founded the a new label, Thizz Entertainment label(now managed by his mother).[14] In 2000, Hicks's change in sound became the lead in to a popular genre coined as the Hyphy Movement.[14] 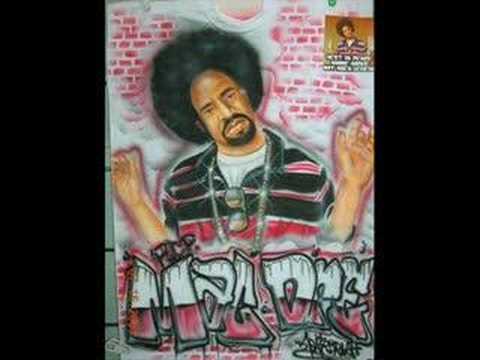 After Hicks and other Thizz Entertainment members had performed a show in Kansas City, Missouri on October 31, 2004, an unidentified gunman shot at the group's van as it traveled on U.S. Route 71 in the early morning hours of November 1. The van's driver crashed and called 9-1-1, but Hicks was pronounced dead at the scene from a bullet wound to the neck.[16]

He was buried at the Mountain View Cemetery in Oakland.[17]