Neither as both are severely limited in their filter types. For crying out loud no bandpass or notch? Get the ddmf iieq pro, you'll find for surgical work it's outstanding, get the Linear phase version when you want LP, still a less than a quarter of the cost of Pro-Q and a third of the the cost of Equality, with many more filter types.

This is a wiki for a reason. Anyone can contribute. If you see something that is inaccurate or can be improved, don't ask that it be fixed--just improve it.
[ Disclaimer, Create new user --- Wiki markup help, Install P99 ]

The original source of much of this information may not be strictly applicable to p1999, so those knowledgeable about each class should make corrections.

All pets summoned on Project 1999 are subject to level variance, meaning that a level within the range specified is randomly selected when you summon a pet. Reagents are cheap and you should be carrying multiple stacks of them at all times, so invariably you want to re-summon until you get a max pet, whether soloing or in a group. The added damage and HPs of your max pet will be well worth while over the life of your group and especially if you're soloing. This is true for all pet classes.

The only way to be sure you have a max pet is to look at its damage output. At some levels you may be able to con the pet, but later on, your pet will always be blue, so its max hit is the only real clue to its level. If he's not hitting for max, recycle it. Spell: Reclaim Energy is your friend. There are numerous clicky items in game with this effect. The mage focus items can be clicked from inventory and as such used by all pet classes.

In general this means that if a weapons damage is greater than the pets innate damage, the pets maximum hit will increase. This maximum hit follows the standard damage tables by level. For instance, capped at 21 for a DMG: 10 weapon at low levels.

A pet's attack delay is not affected by the delay on a given weapon. However, weapon slot choice is determined by delay (i.e. lower delay item will replace one with a higher delay).

When doing less damage to a mob than your pet, in solo play, the 50% experience penalty can be avoided by removing your pet from the mob's aggro list before delivering the finishing blow to the mob. For example, this can be achieved in the following ways:

Delaying Shield Vs Effects That Double Dmg In Windows

The /pet attack <something> command can be used to check if there are NPCs up in the zone. If the NPC is up, the pet will emote 'Attacking <something> Master.' If the NPC isn't up, no message is emoted. It's good practice to put /pet back off in the last line of your macro, so that if the NPC comes into range of your pet, it won't actually attack it. This method won't necessarily tell you where an NPC is, or how many of them, just if they're up in the zone.

Pros and Cons of the Elements

As long as EQ has been around, the pros and cons of the mage pets has been a constant source of discussion. People have their individual play styles and the pets allow for a bit of customization depending on what you're looking for. (source)

Generally monster summoning has a chance to give you a pet model from any non-playable race mob in the zone. In Sol A, for example, you can summon a clockwork pet, but you can't summon a gnome. Some models are extremely rare and may take many attempts to successfully 'capture' them.There are also some easter egg type models that are quite unexpected. Dagnor's Cauldron has a Faydedar model buried in the zone file. Other expected models, such as Quillmane in South Karana or Terrorantual in South Ro, don't seem to be summonable or are insanely rare (over 1,200 attempts).

The summoned monster pets are largely a novelty and help take the boredom away when farming in lower level zones. Who doesn't love to watch a snow bunny slaughter the Eastern Wastes giant fort? For serious adventuring, you will want to stick with your situational elemental pets.

At some point in a mage's life, fluffy will not take the hits like he used to. The pet heal spells, although great for soloing at lower levels, do not keep pace with fluffy's hps or the damage output of mobs. Therefore it becomes necessary for an alternate strategy: chain casting, which is the summoning of multiple pets in succession to kill a creature. At lower levels, the mana cost of pets and the cost of reagents makes this less feasible (and unnecessary due to your pet being strong enough to take the hits). However, at higher levels the mana cost of summoning pets drops (in addition to naturally dropping relative to your mana pool as you level), making it more cost effective to recast your pet rather than try and heal it.

) are quested from the Temple of Solusek Ro, and provide the spell-level 4-49 pets with increased size and hit points. The rule of thumb is that a focus item will give a pet the hit points of the next-most durable pet (fire -> air -> water -> earth), or roughly a 25% increase.
The greater focus items (Staff of Elemental Mastery: Water

) are obtained from high-end mobs and quests. In addition to the same change in appearance and hit points as their lesser counterparts, these staves provide a +1 level bonus to all summoned pets from spell levels 4-60. This allows for pets that can exceed the hit points, melee, and spell damage listed in the tables. For example, a focused max level Greater Vocaration: Water pet will hit for 70 and backstab for 210.

All 20+ pets have Dodge and Parry, and 20+ non-Fire pets also have Double Attack.

At this level pets begin regenerating 30 HP/tick instead of 6.

Effect: puts the pet in Follow mode. This is the initial mode of a newly summoned pet. This command will overwrite /pet sit and /pet guard here and force the pet to follow its master.

Detail: pet will become 'parked' at its current locaton, contrary to the command wording it will not automatically attack any MOB, unless said MOB attacks its master.

Special Note: A pet under /pet guard here will face the nearest NPC, including invisible mobs, traps, horses, and Eye of Zomms.

The command /pet sit down will overwrite the command /guard, meaning that after it kills a mob it will follow its master rather than returning to the point where /pet sit was issued.

Special Note: /pet sit will toggle the pet's sit state, whereas /pet sit down will force the pet to sit.

Detail: pet will temporarily forget all prior commands and attempt to attack the target at the top of his hate list. /pet attack does not place the target at the top of the pets hate list, it just makes the pet attack the mob at the top of his hate list. The pet will not forget targets it already hates. It will not 'forget' movement states, such as follow or guard, it will just temporarily ignore them as he attempts to attack his target. After the mob dies, the pet will return to his previous guard point, follow, or sit down, as previously commanded. The pet may be sidetracked however if another MOB begins to attack him before he has engagued the target OR if another MOB is doing signifigantly more damage to the pet thus generating enough aggro to make the pet switch targets.

Special Note: you may also use the alternative version of this command /pet killPvP Note: unless Player versus Player is enabled, you cannot add a player or a player charmed NPC to a pet's Hate List.

Effect: takes whatever would be selected by the command /target name and puts it at the top of the pet's Hate List.

Detail: for example assume King Tormax was within range for you to /target King Tormax the command /pet kill King Tormax will order the pet to attack King Tormax regardless of what you currently have targeted. Originally a zone wide command, it was reduced to only work within the same range of the /target command.

Command: /pet back off

Detail: while this will clear the pets hate list, if a mob atacks the pet again after this command is given it will begin attacking the mob again. This is a particular problem in areas with mobs casting large AE's. Temple of Veeshan is the most common example. 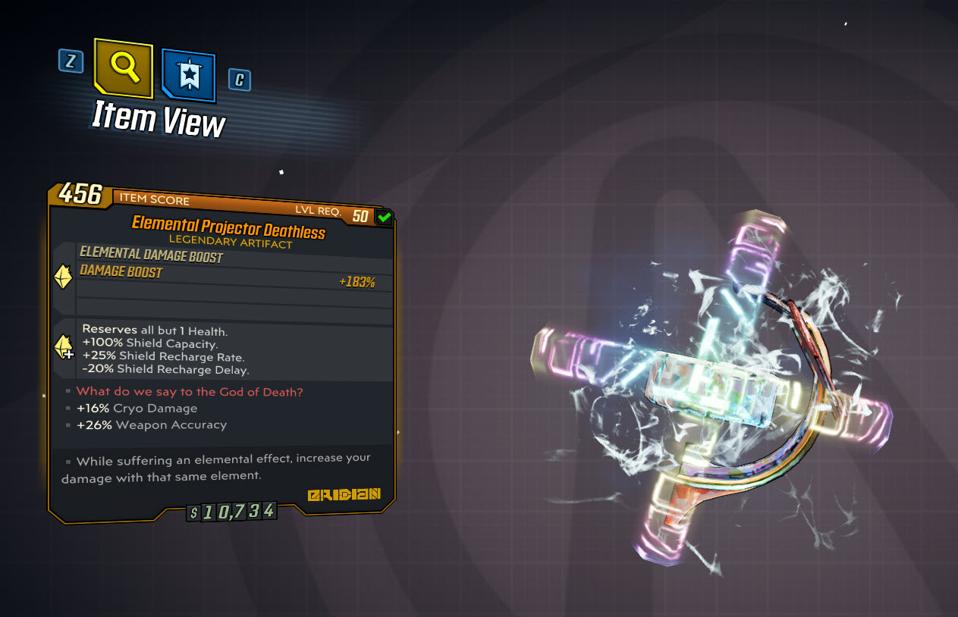 Effect: disables pet taunting, that is the pet will not taunt during fights.

Detail: this command very helpful on raids or other such group encounters where summoning MOBs are involved. However, in solo situations you should generally leave taunt enabled.

Special Note: if you omit the 'off' portion of the command it will toggle the pets taunt mode (i.e. if it is on it will switch it off, and vice-versa)

Special Note: if you omit the 'on' portion of the command it will toggle the pets taunt mode (i.e. if it is on it will switch it off, and vice-versa) 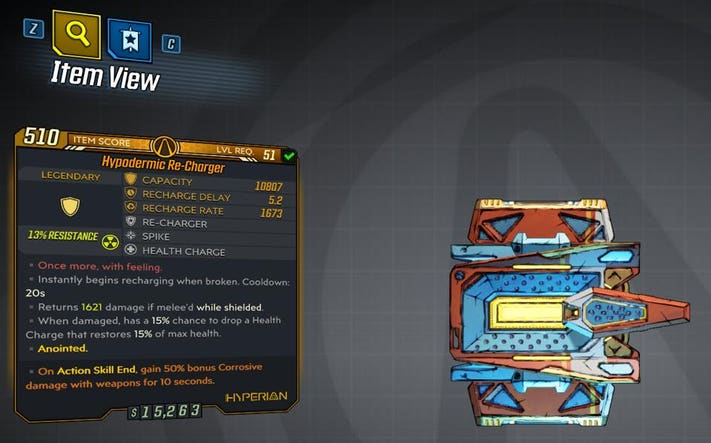 Effect: the pet will /say My leader is Doofus Da'Magi.

Detail: This command can be used by any player to target a pet and identify its owner.

Detail: This will instantly kill your pet, and is one of the essential commands for a technique known as chain-petting.

Special Note: This command is zone-wide and will kill your pet anywhere in the zone, regardless of distance from its master.

UI Button: The Pet window itself

Detail: This command instantly displays the current status of your pet, showing its HP percentage and current buffs/debuffs it currently has.

Special Note: This command displays the pet's health faster than the UI can update, and is very useful when timing is critical.

Detail: This command clears your current target and replaces it with your pet. This is very useful for macros. However, it's often faster to simply hit the F1 key twice to target your pet.

Special Note: This command will target special pets that borrow the name of their master (i.e. Xalmat's pet) instead of your summoned pet (Flurfy's warder, Jonartik, etc). Use with caution when using such pets.

Command: /pet as you were

Detail: This tells your pet to revert to a free state. If the pet is currently under /pet follow, or /pet guard me, it will revert to a /pet sit state. If it is chasing an NPC, and /pet as you were, followed by /pet back off is issued, the pet will continue off in its direction of travel. This command does not break /pet hold.

Special Note: Not available on P99. This command is only available to level 59 or higher pet classes who have obtained the Alternate Ability (aka an 'AA skill') in the Pet Discipline. AAs were introduced with the Shadows of Luclin expansion and is not on the P99 development timeline.

Effect: causes the pet to be Held, i.e. it ignores its Hate List and goes into Free mode, resuming its regular movement (either follow, guard, or sit).

Detail: this command does not clear the pets hate list, the pet will remain 'held' until you give it an attack command at which time it will attempt to attack the target at the top of its hate list. It is recommended you add the following line after /pet hold in a macro: /pet back off to ensure your pets hate list is clear. A pets hate list is frozen while it is 'held', which means it does not add anyone or MOB to its hate list even if attacked.