Blade Lost in Darkness - A blade imbued with a suffocating aura that repels the light.

Description of Blade of Darkness Windows

Once upon a time, there was a controversial game called Cannon Fodder, released on the 16-bit machines in the early 90s. At the time, it attracted media attention for two reasons; firstly, the promotional art relied heavily on an image of a poppy, causing many grizzled old British Legion types to wail almost as loud as the last time they spent their entire pension on sherry. And secondly, because when you killed one of the ten-pixel high enemy soldiers, he lay on the ground kicking and screaming, and spurting blood all over the grass. Yes, blood. Now no action game is considered complete without liberal splatterings of claret, and to shock these days, games have to plumb new depths of depravity.

Hence Severance. Though it certainly has blood in abundance, its 'unique selling point' is the ability to hack enemy's limbs from their bodies in graphic detail. If that's not shocking enough, once the limbs are detached, players can then use them as weapons, to batter any enemies unfortunate enough to be still around.

So that's the hype out of the way, then. If the truth be known, once the initial amusement has worn off, being able to dismember your opponents is a bit of a gimmick, and compared to a good honest sword, the limb of some goblin (or similarly stereotypical fantasy bad guy) doesn't make much of a weapon.

Severance sees players taking the role of one of four characters, each with his or her own fighting style and choice of weaponry. The knight uses one-handed swords and shields, the barbarian prefers two-handed, heavy broadswords, the more agile amazon uses staves and bows, and the sturdy dwarf employs, you guessed it, an axe. Nothing new there, then.

But the game's environmental modelling is rather more novel. Similar to this month's Hostile Waters, it has an understated physics system, so stacked crates, stools, tables and Severance's other props move and behave as you would expect. Flaming torches can be used to burn other flammable objects, and cast real-time, realistic shadows on walls and other scenery. Often the first warning you'll get of an impending fight is seeing the shadow of a bad guy round a corner; this is an atmospheric touch.

Though the castles, cliffs and dungeons of Severance are well-textured, detailed and lifelike, they carry quite a processor overhead. Those real-time shadows don't help either, and it was often necessary to turn them off to maintain a reasonable frame-rate. Owners of low-end machines need not apply.

The plot is the usual nonsense about the forces of evil and a legendary sword, but makes a convenient excuse for the action. Each character starts in a different location, and goes about retrieving the sword in a different way, so once you've finished the game (or become irretrievably stuck) as one character, there's still plenty of replay value. Simple puzzles are involved occasionally, but rarely venture outside the familiar 'kill-the-orc-and-get-the-key' or 'press-the-button-and-open-the-door' varieties. Commendably, though, thanks to some useful text labels and a carefully designed interface, it's always obvious which level elements can be interacted with, and which are just window dressing.

Combat is straightforward enough - the controls are mouse-and-keyboard, and feel much like Ritual's Heavy Metal: FAKK2. Pressing different directional keys while attacking gives different attacks, and various combos are possible with button sequences. As your character kills enemies and gains levels, you'll get new combos and stat increases. There's a lock-on button to make sure you're always facing your foe, so it's possible to dodge and roll sideways while still being ready to attack - almost a 'circle-strafing' kind of manoeuvre. Characters with shields can block attacks, but too much of that behaviour will cause your shield to break.

More interestingly, there's a stamina bar that decreases with each attack. Using a weapon that is too heavy for your character will cause it to deplete rapidly and leave you standing breathless and vulnerable. This forces players into a more thoughtful fighting style than, say, Oni - the button-bashers will soon find themselves lying on the floor, probably with something less than a full complement of limbs.

Though the weapon-collecting and levelling-up of Severance invite comparisons with Diablo, this is a much more action-oriented game. Higher levels just mean more health and the ability to use larger swords - both always welcome, but it doesn't go any deeper than that. Severance is much more akin to Rune, but with a much more intuitive and controllable combat system.

Whether or not Severance is the game for you boils down to how complex you like your entertainment. It's certainly one of the best-looking third-person games around, and with the four characters and about 25 levels in total, it offers excellent value for money. But it's not rocket science, and if you're looking for a Diablo-type experience you'll be disappointed. If, though, the prospect of some good old-fashioned hack'n'slash fun appeals, you could do a lot worse than Codemasters' latest adventure.

Ok ... I follow the instructions of KYO and it work. BUT when the game start and i need to choose something the crash and quit to desktop...
any ideas? 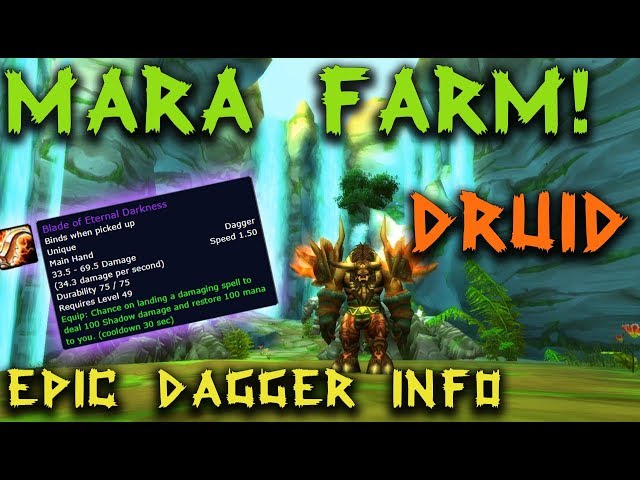 i need the exact steps to run this on win 10 because i get the intro but then right after it crashes.

Yes, it can be run in WINE. Your mileage may vary but I've been able to play the game completely through that way once the sound/graphics settings were correct.
Bear in mind it's a somewhat buggy game even on newer Windows.

Does it run on Wine?

v Codemasters no longer owns the rights to the game, nobody knows who does. Since it was pulled from GoG then I think this is the best option available to literally anyone wanting to play it.

I'm curious, considering the loose definitions of abandonware, has someone asked codemasters if this is kosher? Is there some bit of information I'm missing?

ONE OF THE BEST GAMES I HAVE PLAYED ALONG MY LIFE ( I AM 48 YEARS OLD :).
AND IT´S A SPANISH GAME. THE SAME TEAM THAT MAKED COMMANDOS. ANOTHER GREAT GAME. GREETINGS FROM SPAIN !!. ¡VIVA ESPAÑA!

thisguy I think next get an alcohol 120% or any other program to run your iso and install the game, then run patch to patch it.

I have no idea what I am doing....I want this game back in my life so bad though, can I get a step by step guide because I clearly suck at this and cant figure it out. I downloaded the iso version and the 8MB bug fix and idk where to go from here...

Thank you very much for everything you do!
this is just the version I was looking for
is the spanish one!
thank you!! warm regards for everyone there!

anyone knows a trainer for this game ?

Also, when i try to save sometimes the game crashes. Any ideas ? Thx. xD

Do you have to have a disc in order to play the game? Because I dont have one...

Yes it works for Win 10. I've got it working on Win 10 x64.
BUT..
- You must rename the intro video (main.mpg) in the:
CodemastersBlade of DarknessDatavideo
Folder. Otherwise, when you try to run the game, you may see an error due to the video being unable to play.
You will likely need the openGL renderer. Otherwise, you will only see black text. Game will run, but you will have no idea what options you are selecting.
The DLL which is in the zip you download, must be copied to the:
CodemastersBlade of DarknessBinRaster
Folder. Then, you will see rOpenGL as an option in the video list.
You will be able to play in a small window, or full screen.
I don't know how stable this arrangement is, but at least it is a start.

The game is not from UK, it is spanish.
https://en.wikipedia.org/wiki/Severance:_Blade_of_Darkness

What is the best 'setup' for this on windows 7?

I got it working, but when i tried to download openGL to fix the black text, i still don't see openGL in the settings options

Do you need a disc for this? I got it installed, but when i click the icon the play game option is there but i can't click on it like a disc is missing. help?

I made a video for this good game :D https://www.youtube.com/watch?v=pNK0_G0CGvk

The black captions thing is a bug with the DirectX renderer. Unfortunately there's no perfect renderer solution for the game, but this version of the OpenGL renderer, while not crashproof, seems to be the generally best solution:
http://sgi.bigtruck-canada.ca/patches/rOpenGL.zip

I cant see the highlighted text in the menus. All captions are black... Is something related to the resolution? Also, although I have gore activated, I dont see blood spillings.

This is in english

Any english version yet?

True, ISO was supposed to be in English and Russian, but it's heavily modified to be full Russian. Trying to find the English version.

Its in Russian, beware

Share your gamer memories, help others to run the game or comment anything you'd like. If you have trouble to run Blade of Darkness (Windows), read the abandonware guide first!

We may have multiple downloads for few games when different versions are available. Also, we try to upload manuals and extra documentations when possible. If the manual is missing and you own the original manual, please contact us!